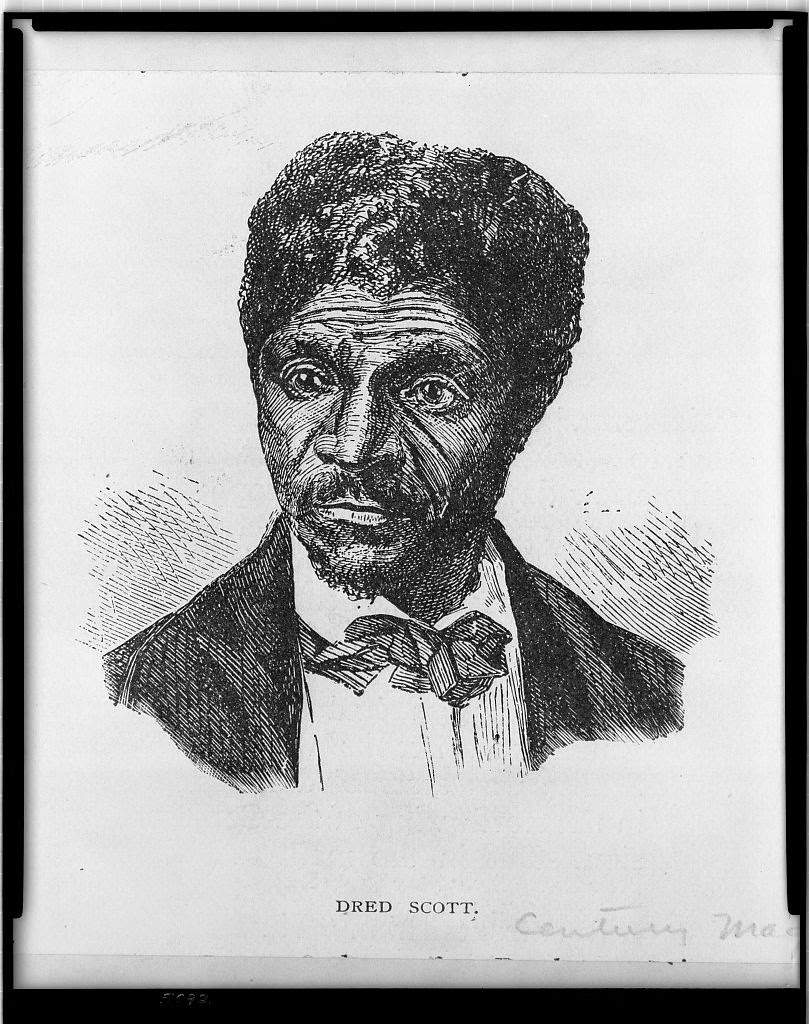 Friday 6 March marks a low point in our history: On this day in 1857, the Court announced its Opinion in Scott v. Sandford.

Mr Scott and his wife, Harriet Robinson, enslaved in Missouri, were taken by their en-slaver into Illinois (a free state) and a free part of the Louisiana Territory (free under the Missouri Compromise), where they lived for ten years. On returning to Missouri, and after the death of their en-slaver, Mr Scott sued for his freedom, asserting he was a free man by virtue of his residence in a free state and territory of the United States.

The Court, in a decision written by Chief Justice Roger B. Taney, held that Mr Scott was not a citizen of the United States, and therefore could not sue in court, and, moreover, that the Missouri Compromise was unconstitutional.

"The words "people of the United States" and "citizens" are synonymous terms, and mean the same thing. They both describe the political body who, according to our republican institutions, form the sovereignty and who hold the power and conduct the Government through their representatives. They are what we familiarly call the "sovereign people," and every citizen is one of this people, and a constituent member of this sovereignty. The question before us is whether the class of persons described in the plea in abatement compose a portion of this people, and are constituent members of this sovereignty? We think they are not, and that they are not included, and were not intended to be included, under the word "citizens" in the Constitution, and can therefore claim none of the rights and privileges which that instrument provides for and secures to citizens of the United States. On the contrary, they were at that time considered as a subordinate and inferior class of beings who had been subjugated by the dominant race, and, whether emancipated or not, yet remained subject to their authority, and had no rights or privileges but such as those who held the power and the Government might choose to grant them."

Of the Court's power to assess the issue, Chief Justice Taney wrote,


"It is not the province of the court to decide upon the justice or injustice, the policy or impolicy, of these laws. The decision of that question belonged to the political or lawmaking power, to those who formed the sovereignty and framed the Constitution. The duty of the court is to interpret the instrument they have framed with the best lights we can obtain on the subject, and to administer it as we find it, according to its true intent and meaning when it was adopted."

To view original pages of the decision: Documents from the Dred Scot decision.